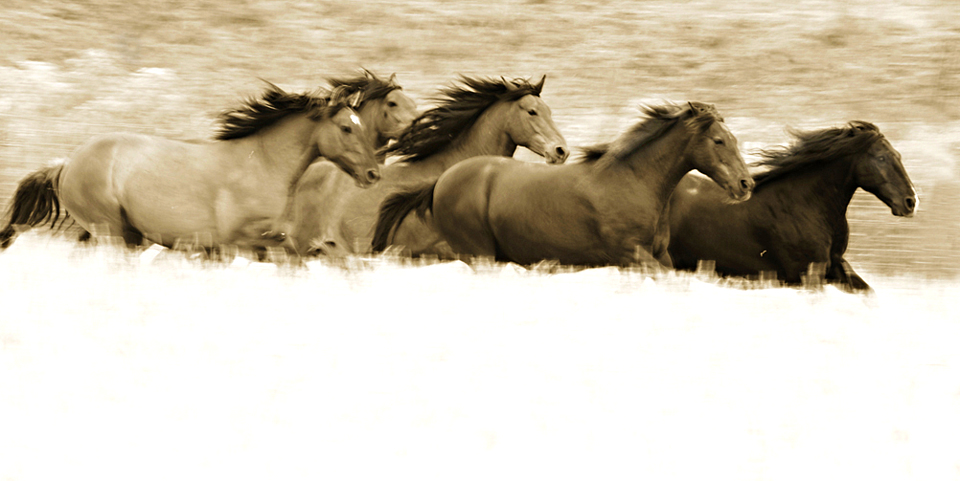 " We Bring The Horses To You" 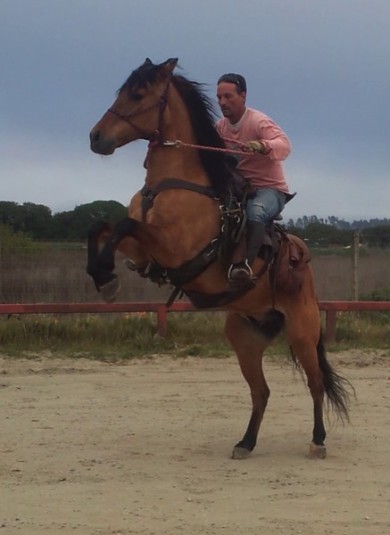 Malibu is a"Kiger Mustang, and he is my personal horse, for obvious reasons... Him, Marguerite, another Kiger and three other very rough looking horses came to me a few years back when my father died and left me the Mustangs.

I took them from Pendleton, Oregon to Durango, Colorado , where I grew up. I spent the next couple of years "breaking" them. I learned alot about Mustangs and myself...

I can say with all honesty that Malibu has been a driving force for me... He has kept me from making unwise decisions more than a few times since he entered my life.

He's the best Mountain horse I have ever ridden! He will go anywhere I ask him. Knowing I would never lead him to demise...

He was wild as the wind when I got him. I broke him in the snow one winter in Parrott City, Colorado, high in the Rockies.

We have been together for over 11 years now.

He embodies everything I admire and strive for.

Strength, grace, beauty, determination, and above all, an unbridled passion for self preservation and life... I am never happier than when I am riding him and we are as one... 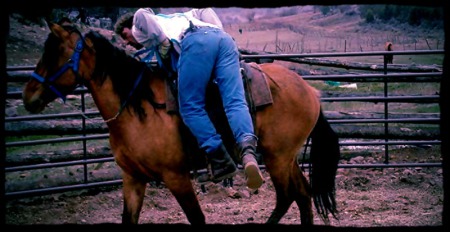 First time on his back 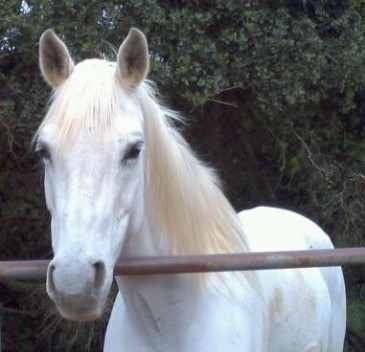 Paloma is an Arabian, and her story was a sad one...

I had a friend, who's daughter showed all of the signs of becoming a member of what I call, The Horse Clan. She had strength, although she didn't know how much yet... Determination was also in her arsenal.

The day I put her on Malibu, and he freaked! She was not intimidated.

Well, after a few months of Horse Clan boot camp. She became an exceptional rider, and I decided to get her a horse so we could nurture her obvious talent.

I found Paloma on Craigslist. The picture that was posted was not at all what I saw when I arrived  at that place, north of San Fransisco.

Bones sticking out all over the place! As she looked at me through tortured eyes, but still with her head held high in defiance!

A very large, young brother of three was ignorantly attempting to lunge her with a weathered, but effective buggy whip.

Even in her emaciated state, she cleverly feinted to avoid being hit again with the whip. She moved like a ballerina!..

On the tips of her hooves! With grace! Like she refused to show her pain, or weakness!

Though my face smiled, I was disgusted, and angry at those boys. But most of all, I was embarrassed for Paloma. She was too beautiful, and proud to be treated in such a way! I did not know her name at that time, but I saw strength and fortitude, and heart!

I was at once, smitten by her. So much so, that I did not notice that in some other dark corner of her life, she had broken her hip.

In retrospect, I think I did notice, but it wouldn't have mattered.

I had to take her!

They wanted five hundred dollars for her, but I could tell by the look of the other three quarter horses that were numbly staring from their unkept and depressing homes. Those boys really had no business owning even one horse, but yet there stood three more.

It's interesting to note, that all three brothers weighed at least three hundred  pounds apiece. Together they weighed more than poor Paloma.

We agreed on three hundred dollars, and I was glad that I had thought ahead and brought some good hay, and a big bucket of grain!

When the boy handed me the tattered leadrope to lead her to freedom, I was glad that I brought a new Hot pink halter!

It seemed to console her briefly, however, when I raised my hand to remove the halter that seemed to imprison her. She threw her head up high in the air, and brazenly shoved me away with her frail, white body. She was trying to intimidate me into leaving her alone.

I tried again to raise my hand to remove that ugly halter, but this time I was more respectful. I tried to tell her with my every move that we would become friends in time...

I'm not sure who was more anxious to leave that horrid place, that

I will always be reminded of whenever I see an animal abused.

When I opened the trailer door to load her, she darn near knocked me over trying to get in, like she knew she would surely die if she  were to stay.

Well look at her now! She is as beautiful today on the outside as she was strong and defiant on the inside when we met.

I have learned much from her and her suttle, mischievious ways.

She is no longer wide eyed and scared. Today, she is a wonderful, sweet horse, with an attitude that she earned! 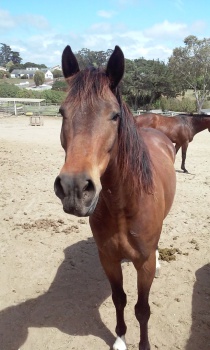 Baily is a Great horse! I bought her for the girl I was mentoring when I rescued Paloma. Paloma, because of her abuse, was not the best horse to use to barrel race in High School Rodeo. In Paso Robles the arena director actually said,

"You have no business bringing an Arab to a rodeo"

Well she rode her in the rodeo anyway, and I have never seen more heart in an arena before, or since!

Well needless to say, we didn't win. In fact, we got kicked out! We decided to go and ride on the beach in Morro Bay instead! What an Amazing place for a sunset ride!

We needed a better barrel racing horse so we started looking.

We found Bailey on a hillside on Laureles Grade. South of Salinas.

Like us all, Bailey had some hidden corners. She was rusty, and seemed happy to be a brood mare. We took her home for a trial period and started working her back into shape. 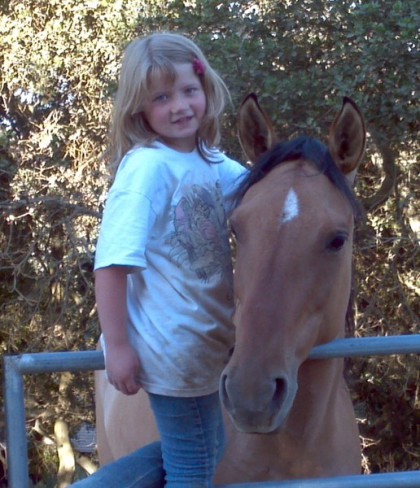 Marguerite and Malibu were both adopted in 1999 from The Steens Mountain  Mustang refuge in southeastern Oregon. Most wild horses are of mixed influence and characteristics while the Kiger Mustangs possess many characteristics of the original Spanish Mustang. The word mustang was derived from the word "mesteno", and later came to mean "wild" or "unclaimed" horse. Mustang came about as an English slang term for mesteno.

The Spanish Mustang is without a doubt, a part of early American history, and rooted in Native American history as well. It is the horse that helped settle the west... At one time it was thought to be extinct on the range. Since the Kiger Mustangs may well be one of the best remaining examples of the Spanish Mustang, their preservation is extremely important.

The Kiger Mustang exhibits physical color characteristics know as the "dun factor" which were also common to many of the horse the Spaniards brought to North America in the 1600's during the Columbian Exchange. Color classifications of the dun factor are: dun, red dun, grulla (mouse gray), buckskin, and variations of these colors. Markings on animals with the dun factor include dorsal stripes; zebra stripes on the knees and hocks; chest, rib and arm bars; outlined ears; the top one-third of the ear on its backside darker that the body color; fawn coloring on the inside of the ears; bi-colored mane and tail: (called frosting) face masks and cob-webbing on the face. The less white these horses have, the stronger the dun factor. As you can see by the look on Marguerite's face, she is all Mustang! She has her good days too though, and she makes one heck of a Packhorse! One spring day in 2002 Marguerite had a Kiger Mule and we named him Neily. 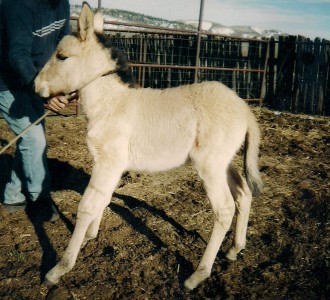 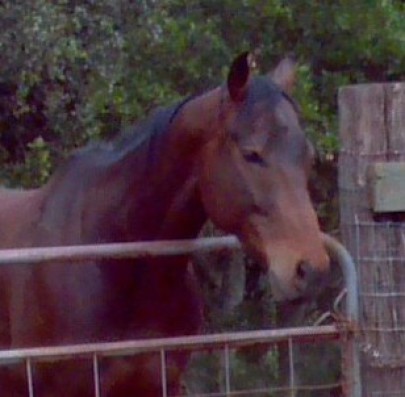 Jackson was a race horse, before he wandered into our lives. He is still learning how to not be a  Race horse.  I often wonder when I rescue a horse, what it's life was like before. If you listen carefully with your eyes, feel them, and earn their respect, in time they will tell you. He was covered in lice, skinny as a rail, and his feet had not been trimmed in a very long time. I was glad to take him from there! Now he is an awesome horse  and we are so happy he joined our family! 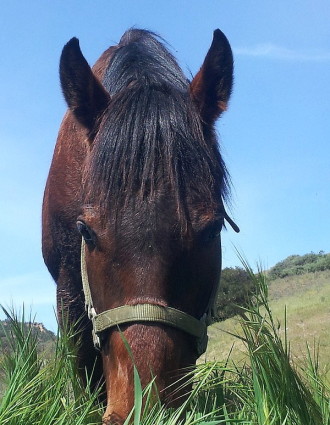 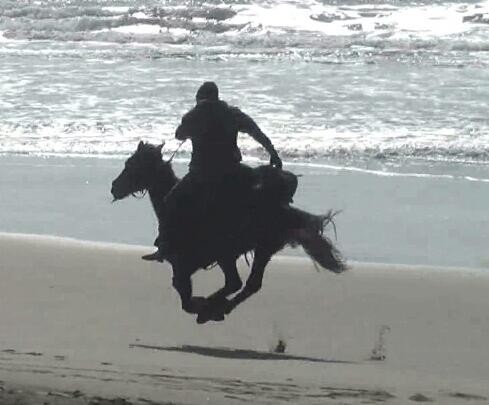 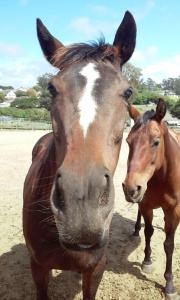 This is Miss Bacardi! I bought her from an Australian guy. She is a little small, but with the heart of a lion. She is by far the fastest horse I own and second only to a horse named Princess Pea. Owned by a friend of mine. She is out of, Secretariat! She looks just like him, and boy is she fast. I have seen the papers with my own eyes! But Miss Bacardi is no slug. That's for sure! 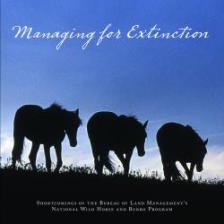 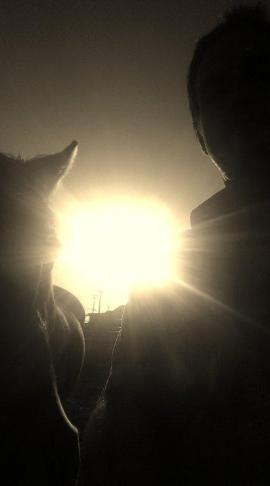 HELP SAVE OUR HERITAGE! 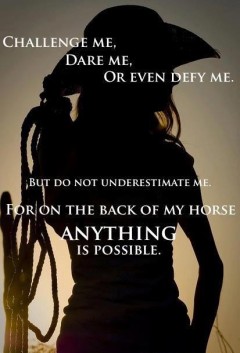 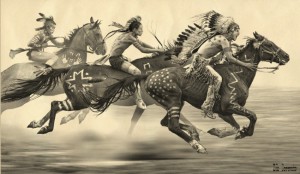 "Horses change lives. They give our young people confidence and self esteem. They provide peace and tranquility to troubled souls- they give us hope!"

“Four things greater than all things are, - Women and Horses and Power and War" --  Rudyard Kipling﻿ 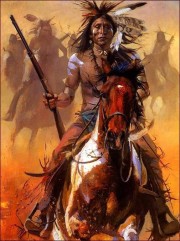